skip to main | skip to sidebar

So kind of you to stop by....I do enjoy the company.

I've been away, learning new patterns for my jewelry. By the end of the week I think my brain was fried. I did, however, learn some new stuff. One pattern stumped me, but I'll keep working at it. I've been watching the hummingbirds at the feeder I put up on my front porch. They are quite territorial. They bump each other off then do aerial accrobatics before approaching the feeder again. It's free entertainment! They make me smile.
It's hot again. Yesterday was in the mid 90's. Today will no doubt be the same. I want to go next door to pick blueberries, but will wait to see how hot it is first. No need to get heat stroke. 'course if I got up off my arse right now and went out it wouldn't be so bad, but I haven't finished my coffee yet...most important.
Why do people throw trash out on the road? Are they that messy at home? Too bad they don't get caught more often. If I were a judge I would make them pay a hefty fine AND pick up one mile of trash on both sides of the highway as well as the median if there is one, wearing a jumpsuit that said LITTERBUG on the back. But, no, I'm not a judge and it would probably be deemed cruel and unusual punishment. The highways and byways aren't the only places with litter. Go to any homesite where there has been construction. I had to have part of my roof replaced some years back and when the old roof came off there were crushed beer cans under it! What is it with these people?!
Have a clean day!
Posted by Momlady at 8:31 AM No comments:

It's been a while, but then I've been busy, what with travelling to TN to celebrate the 4th with friends and all. Anyway.....about the tp'ing of my front porch. When I went to the Heritage Center that following Thursday to do my usual stint I told my friends what had greeted me when I got home. Some sympathetic noises were made and I didn't think anything about it. A little while later D stated that she discovered she might have some satellite photos of the person or persons involved, would I like her to try to retrieve them? Of course, I said, naively. She pulled up the photos on her computer and showed them to me, a big smile on her face. It was them! The gals I work with every Thursday! I laughed 'til tears came. It's so nice to be loved. It seems the group had gone out for dinner the Friday before I got back and had a few magueritas. I'm not positive who suggested it, but I have an idea. Guess she was only willing to sacrifice two rolls. Thank goodness. Otherwise it would have been a real mess since it rained the next night. How can you be angry with friends. Hmmmm, now all I have to do is come up with some ideas for payback. Nothing mean, just funny. Any ideas out there? I can't tp because some of them live way back in the mountains, too far away.
Other than that, let's see....I'm going to take another chain making class this next week, will be home a week, then another class. We were going to NC in August to celebrate my brother's 70th birthday but he called and cancelled that. My sister-in-law has pancreatic cancer, damn it. A death sentence. Haven't heard if she is going for any kind of treatment (which would make her life miserable even if it did prolong it some). While I know we all die at some point, she should be dying of old age, not cancer. I'll be keepng in touch to see when I can go visit. Hopefully my brother will keep in touch with news.
Geez, I just read what I wrote. My life looks like such a bore! My sense of humor seems to have taken a long vacation. Too bad I can't be like Monty Python and always look on the bright side of life. No matter, I am blessed with a great family and the ability to do pretty much what I want, so I'll get over it. There, I'm over it. Have a happy day.
Posted by Momlady at 8:26 AM No comments:

It was a good week +

I'm back from camping with my daughter K. And what a week it was. Her band's concert was awesome. Also the informal ones. We didn't sell much but we had a good time getting to know our neighbors better and Friday night's potluck supper was a hit. We even got someone who isn't fond of salmon to eat two helpings! The trip wasn't all fun and games, though. I got a call from my son-in-law that he got a call from the vet where I board my cat that it was bad news. I had to tell him to call the vet back and let her know to euthanize the kitty. They saved her remains for me so I could bury her today. The weather cooperated while we were in Ohio except for a couple of rains. The trip home was the most interesting. We drove through the largest hail storm I've ever experienced. Most people pulled off to the side of the road, but we kept on going. Hey, who wanted to remain in that? No damage to van or trailer. And some of the hail was quarter size! Dropped off trailer and stuff at K's and came home to find that someone had tp'd my front porch railing and part of my pickup. My neighbor tells me that she saw it and decided to leave it not knowing if I wanted to call the police. Also she said my front door was wide open and she had made sure it was closed. I do believe whoever it was was scared of by something they saw in the house. My house is protected by wards, etc.... 'course it could have been the goddess flags hanging off the rail of the loft. Nothing was taken and no harm done. Guess I'll have to leave a light on or something next time I'm away.
Water, my kitty, is buried in the shade under a hummingbird feeder. She'll like it there, just as Skidmark likes being near the birdfeeder out front. No more pets for a while! I don't think I could take having to lose another one any time soon. That's it for now. Nap time. I'm still trying to catch up from sleeping on a slant in the van.
Posted by Momlady at 2:19 PM No comments:

I'd like to get some yard work done, really. But when it's in the mid 90's with 80% humidity...fagetaboutit. I can usually take the heat (no, not for you), but when I go outside for 5 little minutes to water plants or pluck (read yank) and start to not be able to see because the salty sweat is in my eyes.....uh uh....comin' inside where it's cool to figure out something else to do to keep me out of trouble. Guess I could finish some knitting....nah. Hmmmm, how about deciding what to take on the 10 day trip to Ohio? Too early, not leaving until Thursday. Guess I'll take a nap....good idea since I've been up since o'god thirty. Sigh...wish I could sleep in just one morning. Let's see.....bills are paid and sitting in mailbox, went to the evil empire (Walmart) and got needed items (never mind what). Can get towels I embroidered this morning out of the drier. That won't take long. Yup, gonna take a nap. Ta...
Posted by Momlady at 1:24 PM 1 comment:

My Daughter is Testing Me... 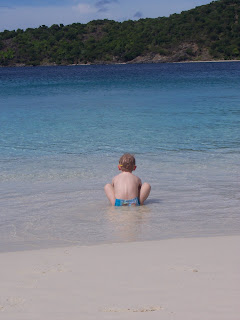 Test done - enjoy the grandkid.
Posted by Momlady at 5:01 PM No comments:

Today's the day I'm getting purple hair. Why? 'cause I want to. Sometimes I get red. Not all over, mind you. It's like getting my hair highlighted, but with colour instead. I'm at the age, you see, that I don't care what people think. And every once in a while I like to do something totally unexpected. For instance, in the near future, another tattoo. Hey, my daughter-in-law has three of them, one a "tramp stamp" (tastefully done). I thought about that but decided against that particular area (at my age gravity can do some rearranging of flesh). She also had her navel pierced, but I'll pass on that. Pink hair is her thing. I don't care for pink but for her it works.
My daughter and grandson are going to get their hair done also. My daughter (K) likes (no LOVES) the colour blue, so she gets the ends of her very long hair dyed that colour. My grandson will be getting a cut and maybe a little bit of colour, too. He's only 5, but wants colour, like Mom and Gramlin (me). So, A, our hairdresser puts in a couple of lines of colour for him. Don't know what colour he'll get today. Maybe purple, like me. Blue doesn't take very well with him.
Posted by Momlady at 10:44 AM No comments:

After many frustrating tries with my other computer I have, at last, arrived here on this one. I'm beginning to have a distinct dislike for my laptop. Why do they have to make the mouse pad thingy so sensitive. I can't tell you how many times I have deleted something without wanting to just because my finger happened to twitch. By the end of yesterday afternoon, I was ready to throw both computers off the porch. However, now I am calm. At least until one of the 'puters decides to frustrate me again. I think I'll just go about my day and sign on again later this afternoon to see if I can tweak a few things. Of course, this may be the last post if the 'puter goes off the deep end. Or maybe it'll be me that goes off....the deep end, I mean. I hope your day is as good as mine or better.
Posted by Momlady at 8:38 AM No comments:

All of me you're going to see...on the net, anyway.

Momlady
I live in a log cabin in North Georgia. I have crafter's ADD so I do many things such as knitting, quilting, basketry, and making jewelry. Some of it actually sells. Otherwise I spend a lot of time with my daughter (she introduced me to the world of blogging). I am an older woman (not OLD) who is crotchety, sometimes abrasive, and truthful 99.5% of the time. I like to travel and, if ever given the opportunity, would love to see more of this country, even though I've already seen quite a bit.